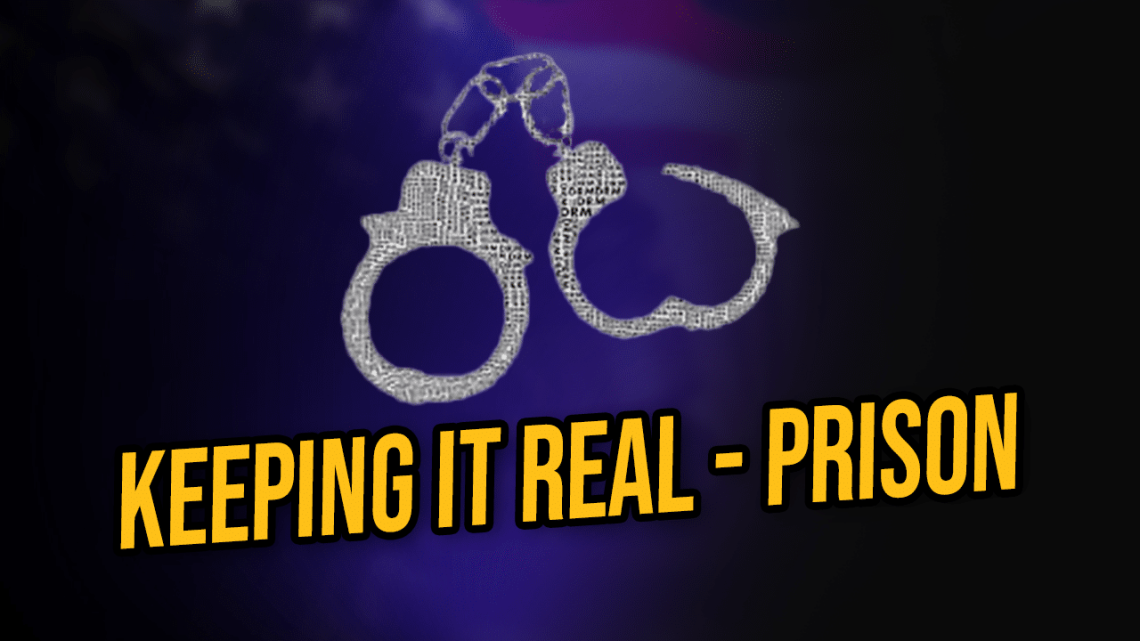 Hope you guys are enjoying reading these blogs.  Here is another dose of Keeping It Real While in Prison.

You are know you are keeping it real while in prison when:

1. You cannot bring apples back to your unit from chow because too many inmates make hooch (wine) with them.

2.  The prison gives you colored copies of pictures mailed in because too many inmates were making drugs (K2) out of the photo material.  (Seriously, I have no clue what they do to accomplish this, but it is an issue.  So ANY pictures you guys send me are first limited to only 5 pictures and second they make color copies for me instead of the actual picture.)

3.  The sex offenders can rattle off several websites and peer to peer networks they should avoid since Feds watch those sites all the time.  (Knowing is half the battle)

4.  Inmates that must go to Penitentiary are told they will need a knife.  (Totally true.  I’ve spoken to inmates who have been to these type of prisons and it is extremely hard core.  So much as so, sometimes one must carry a mirror around to see who is behind him at all times.  THAT IS NUTS!!! )

5.  A new iron shows up at the unit and people are excited, but not to iron clothes.  Amazingly the creativity of these inmates allows them to take the heating element out of the iron and use it as a way to heat up oil or water.  In fact, one inmate told me how they created a hibachi type thing out of it so they could just shave off the meat.  WOW!!!

6.  You are walking with a friend and another inmate approaches your friend and says, “Hey, I need a favor.”  That is my que to leave them so I do not listen.  Basically one is to mind their own business.  If you think you saw something you shouldn’t, think again because you did not see anything.  It is an unwritten rule here.

7.  Inmates collect jelly packets.  (Chow hall gives out a couple for breakfast at times.  The inmates collect them so they can make hooch later.  Apparently it takes about 100 to 150 packets.  Again, I stay away from doing this stuff.)

8.  You see inmates looking near sewer areas for cigarette butts from the guards so they can get the last nubbins out of them.

9.  You hear multiple stories from different white collar inmates who did nothing wrong, yet still were forced to plead guilty since the government threatens to prosecute their family too.  It is unfortunately true, one inmate who only responded to a text asking, “Why are you contacting me?”  got 10 years instead of 40 so they would not arrest his mom.

10.  Ramen noodles and candy bars are a status symbol.  (They sell them at commissary so the people with a lot of funds on their accounts buy many items so it says to the others how rich they are.)

11.  The only people who make a sincere effort to help you are criminals and the people who try to make your life miserable are the correction officers.  (Bureau of Prisons aka BOP really should stand for Backwards On Purpose.  At least that is what the inmates say around here.)

Hopefully you have enjoyed these new ones.  I have some more I will send later.  Keep following me as I go about my journey to finding more Nineveh’s!!!!!!