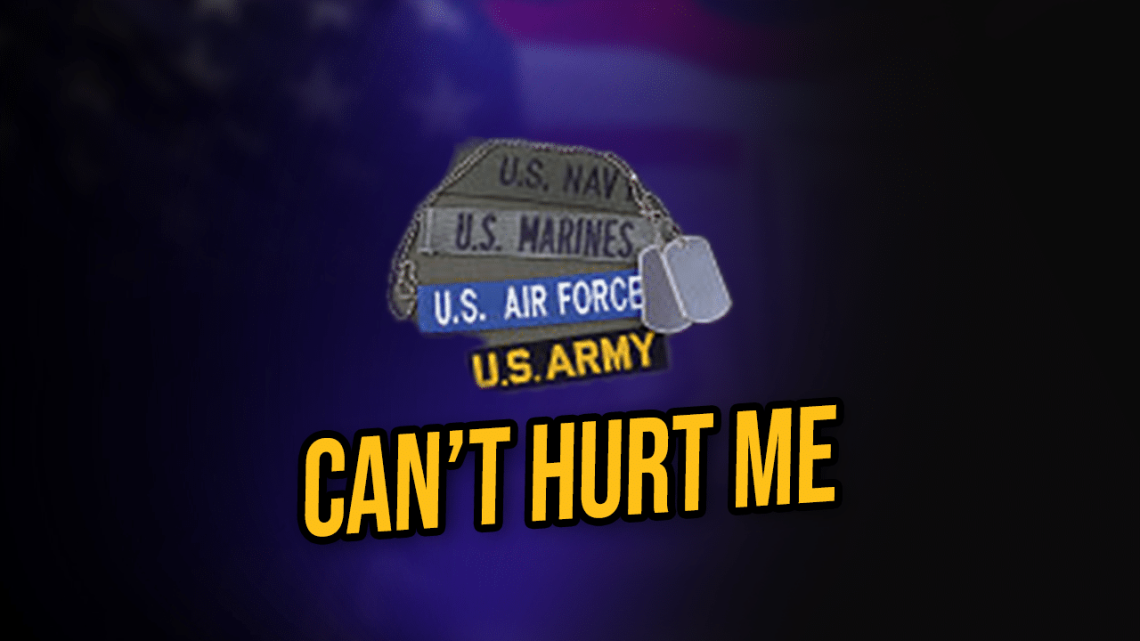 I recently finished a book titled “Can’t Hurt Me” by David Goggins.  It is definitely a book that speaks my language about self-discipline.  The book is about the author David Goggins.  He is a retired Navy Seal and only member of the US Armed Forces EVER to complete SEAL training, US Army Ranger School, and Air Force Tactical Air Controller Training.  He has competed in more than sixty ultra-marathons, setting course records in many of them.  Basically, he always strived to be the best of the best of the best.

The book started off telling about his childhood and how his father abused him, his brother, and mother.  Eventually, his mom and him left while his brother decided to stay with his dad.  David Goggins struggled through school because he never applied himself and basically cheated on tests.  He tried to join the Air Force early in his senior year in high school, but because he could not read well he failed the entrance exam since there was no way he could cheat on it.  Once that reality hit him, he started to buckle down and set goals so he could pass the entrance exam.  He would look at himself in the mirror which he called the “Accountability Mirror”.  He eventually got into the Air Force and served only 4 years.  He then got a job as an exterminator once out which he eventually realized was NOT something he wanted to continue in for the rest of his life.  He gained tons of weight during this time and basically did not care about himself.  Then one day he saw something on television about Navy Seals.  He was watching how they had to go through the hardest training out of any part of the military.  He decided to try to become a Navy Seal.

When he went to the recruiter, he was told he would need to lose over 100 lbs in 3 months to even be considered and he would have to score higher on the same entrance exam he originally took to get into the Air Force.  He miraculously lost the weight and barely passed the test with the minimum score needed.  Once he experienced this small victory, he needed to start preparing for the SEALS training so on his own he would start running and swimming with weight belts on him.  While at SEALS training, he learned to callous his mind and block out the pain during the suffering exercises.  It took him 3 times to pass the SEALS training because he broke some bones during the training exercises .  During all 3 times, he was always at the top of the class.  The author said the reason he embraces his own obsessions and desires more is because he has learned that it is only when he pushes beyond pain, suffering, and perceived limitations that he is capable of accomplishing more, physically and mentally.  I can definitely relate to this since I trained in a similar way to accomplish what I did in tennis and in school.

David Goggins got into ultra-marathons originally to raise money for the kids of fallen Navy Seals.  These marathons were usually 100 miles or more which usually require the runner to do it under 24 hours.  He would then go around the country recruiting more Navy Seal candidates and would let the kids train with him for these marathons.  He was a great example of walking his talk about hard work and dedication.  I definitely admire that about him.  There was a time he had to take time off running due to heart surgery since he had a congenital heart disorder that prevented oxygen from going into his blood enough due to a hole in his heart.  Amazing he was able to accomplish so much with this disorder from birth.  Therefore, with his downtime on not being able to run while his heart surgery healed, he utilized his discipline to beat the world record for most pull ups in 24 hours.  He did over 4000 pull ups in under 24 hours.  AMAZING!!!

Since the author never likes to rest on his accomplishments, he entered in Army Ranger School and graduated top of the class of that and also Air Force Tactical Controller Training.  Eventually, his body started to break down and no doctor could understand why even after tons of tests on him.  They thought it was thyroid related, but what it ended up being was his lack stretching for so many years to get the muscle tissues to be able to have blood flow through.  So he started stretching for several hours a day and eventually after many months he was back into full swing.  (I sure am glad I continue to stretch 20 minutes a day, even while in prison.)  He retired from the Military and became a Forest Fire Fighter as well as continued to do ultra-marathons, triathlon’s, and ultra triathlon’s.

I am glad I read this book, and could relate to the author on many things.  However, while he had great discipline for this work ethic, I have the sneaking suspicion that it cost him 2 marriages.  He mentioned the divorces, but never went into detail on why unfortunately.  Many know my value system of the 6 F’s (Faith, Family, Friends, Fitness, Finance, Fun), and I suspect the author had a different value system than mine which caused him to prioritize things differently than me.  Nonetheless, he definitely is inspirational on how one should work hard to accomplish their goals.