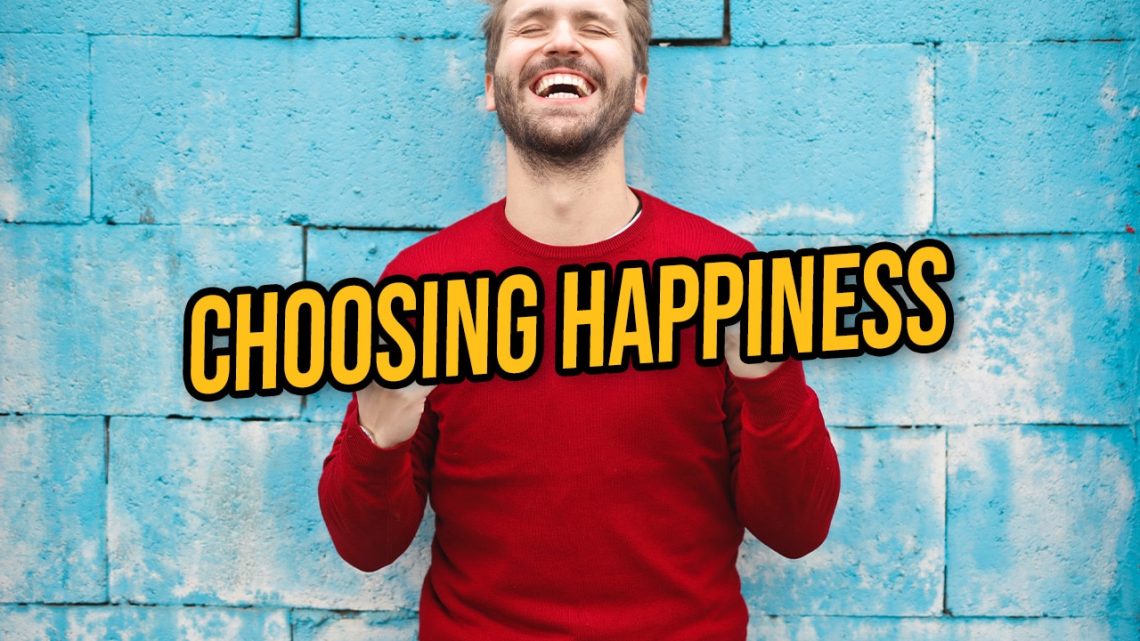 The following is what my friend Ramon Dines wrote called Choosing Happiness.  Hopefully you find it as inspiring as I did.

Through some administrative mistake, I was sent to a United States Penitentiary (USP) in Terre Haute.  Upon my arrival in 2003 while in Receiving and Discharge (R&D), I was given a copy of my judgement and commitment along with other select legal papers and was told by the Corrections Officer (CO) that I am going to need those.

When I entered my housing unit, along with a number of other new arrivals, there was a “greeter” who asked me what “car” I ran with.  I had no idea what he was talking about so he explained to me (and the other newbies) that a “car” consisted of the people you “ran” with like your gang members or affiliates or like in my case your geographical area.  I am from Washington DC so he pointed out the DC or DMV (DC, Maryland, and Virginia) “car”.  I walked over and introduced myself.  The guy asked me for my “paperwork” so I handed over the stuff given to me in R&D.  He in turn handed it to the “Car’s” legal ace.  While that guy (an older gentleman) read over the papers, the first guy and I made small talk about the city.  I would later find out that they were checking to make sure I was “good” meaning I did not have a child molestation case and that I had not “ratted” or told on anyone.  I was quickly declared “good” and was shown to a cell with a “homie” (a guy from my “car”)  Then I was given a “care package”, a bag with shower sandals, some snacks, soap, lotion, toothpaste, toothbrush, and deodorant.

As I was talking to my cellie, another homie came in to meet me.  He asked me how much time I had.  I told him with righteous anger “25 years!”.  He became agitated and roughly told me as long as I was there to never speak to him again.  I was confused until my cellie told me he doesn’t talk to anyone with less than a 40 year sentence!   As it turns out with a 25 year sentence I had the least longest sentence on the unit!  My cellie had 3 life sentences plus 50 years!  I learned to keep my head down.

One day an older homie sat me down, he explained that no matter how it feels, the same time passes on the streets as it does in prison.  I could be mad and miserable, and do 25 years or I could just do 25 years.  It was my choice.

Soon after that, an inmate harmed a CO and we were locked down.  During the investigation it was revealed that I was not supposed to be at that security level.  I was placed in the special housing unit (SHU) better known as the “hole” or “box” until I was moved to Federal Medical Center Rochester.

For many years after that, I was angry and bitter about my sentence.  Ultimately that built up inside of me and led to a suicide attempt.  But one day I did make the choice to “just do the time”.  Then I started choosing to be happy and finally I started choosing to love life or as I say “Live Life Live!”.

Okay I am not one to beat people over the head with my religious beliefs, my way is not the only way it is just my way.  I love God on purpose and I am willing to share my struggles so you can laugh at me, and cry with me, and scold me, but also so you never have to suffer my mistakes.

God loves you unconditionally.  Just like life was for me, not good nor bad just was.  I chose to be mad and miserable until I didn’t.  God is love.  You choose to love God back…or not.  No matter what, the same day passes.  Are you having a good day or a bad day?  Honestly, whose fault is that?  You are responsible for your own happiness!  God loves you, what more can you ask for?

Once out in about a year, I am going to meet a woman and I will be the man of her dreams!  I will be the husband that she can’t help but brag about and all of her friends will envy her.  Is that my ego talking?  No, it’s the choice I have made to be that man for ONE woman.

What choices will you make?  I would love to hear about them.

Thanks for reading this,