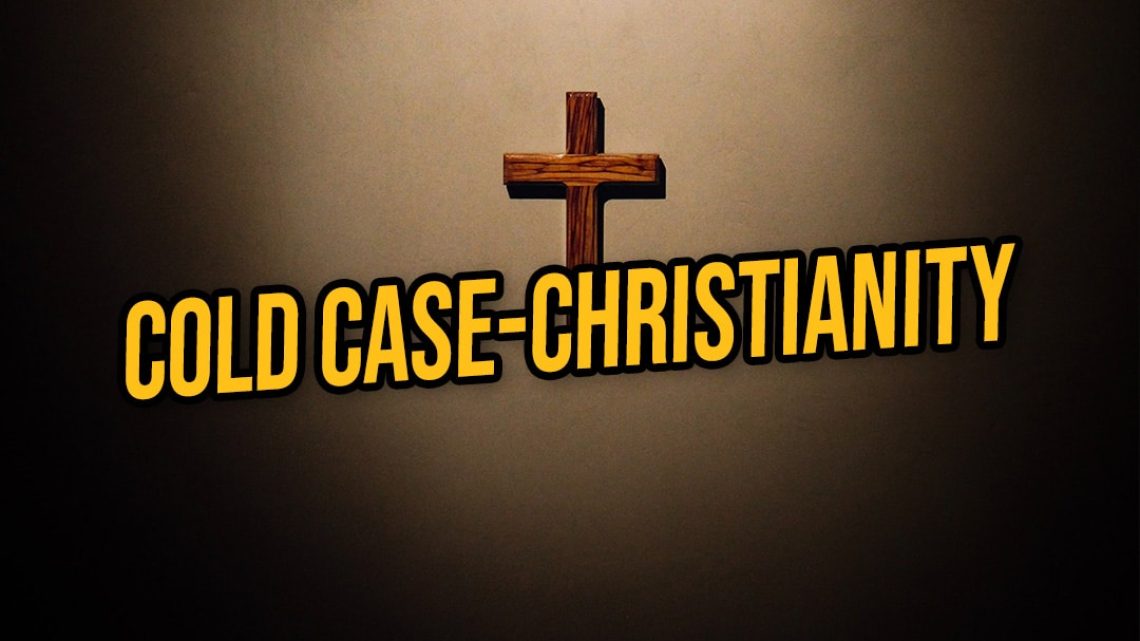 I recently finished reading another religious book my sister in law, Tabitha, sent me.  The title is Cold-Case Christianity by J Warner Wallace.  For 35 years, the author was a devout atheist.  His job was a homicide detective who has solved countless cold cases.  When the author applied his skills as an expert detective to the assertions of the New Testament, he came to a startling realization that the case for Christianity was as convincing as any case he’d ever worked as a detective.

Tabitha sent this book to me because I was emailing her about an inmate named Jason who is quite the skeptic about Christianity.  No other inmates here have been able to have productive conversations with Jason because they would usually get too flustered with Jason and his skepticism.  I instead let him talk and voice his opinions and THEN I give him my responses.  Some of his opinions and questions I had my responses to in my notes which I intended to bring in with me when I surrendered, but the guards would not let me bring them in.  In fact, they would not even let me bring in my own Bible.

Nevertheless, this book provides a great perspective that hopefully I can share with Jason since all of us here in prison can obviously relate to how court procedures work in criminal cases.  Luckily, this book has a lot of the logic that my notes included, but the logic is presented in a way a detective would use to prove his case to a jury beyond a reasonable doubt.

A great friend of mine, Pastor Michael Dean, knows that a verse that drives me to share my knowledge with others to further the Almighty’s kingdom is 1 Peter 3:15 which says we need to be prepared to give an answer to everyone who asks us to give the reason for the hope that we have and for us to do it with gentleness and respect.  This verse is also what drives the author to continue to share his knowledge with others.

The author points out that like cold cases, the truth about what happened can be discovered by examining the statements of eye witnesses and comparing them with what additional evidence is accessible to us.  If the eyewitnesses can be evaluated and their statements can be verified by what we have available, an equally strong circumstantial case can be made for the claims of the New Testament.  The author uses his skills to show that the Gospel writers are reliable because they can be corroborated, they were accurately delivered, they were written during the lives of other eyewitnesses, and the Gospel writers had no ulterior motives.

The author states that prosecutors are successful when they master the facts  of the case and then learn how to navigate and respond to the tactics of the defense team.  Christians that feel led to share their knowledge with others when called upon by those that oppose Christianity should employ the same strategy as these prosecutors.  This in itself is an act of worship.

I am glad I read this book and intend to keep you guys abreast of how my interactions go with Jason as I try to utilize the same logic this author uses to defend Christianity BEYOND ANY REASONABLE DOUBT.