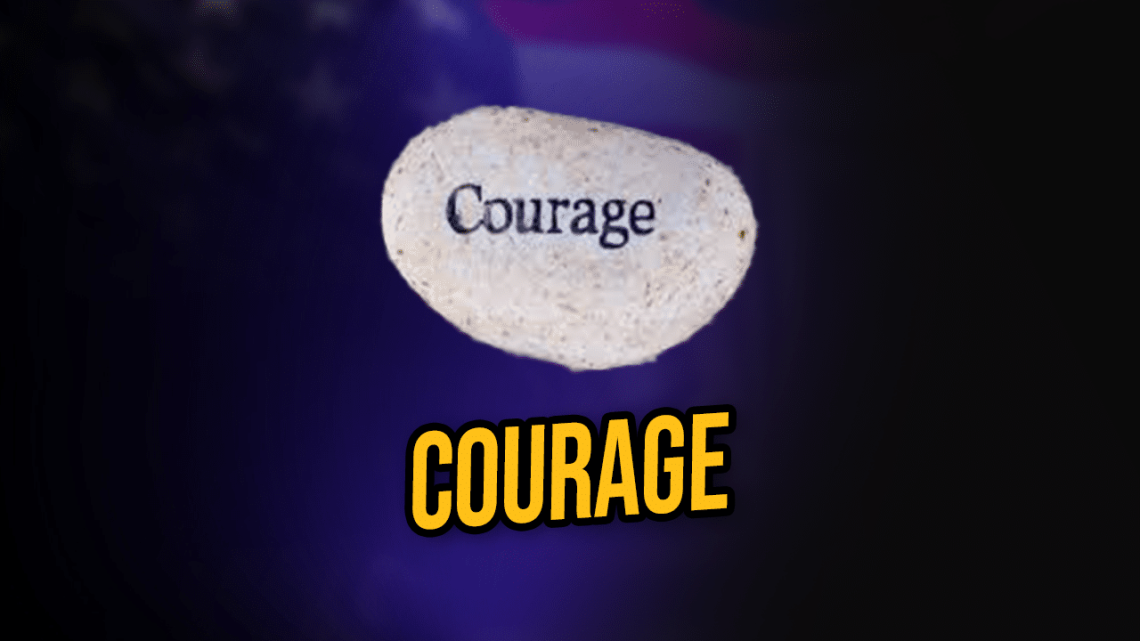 In prison, courage can be a double edged sword. Courage could send you to your demise, especially when interacting with staff. Strength and wisdom remain you only allies in that situation. You NEVER possess the power to change staff attitudes and decisions. Additionally, attempting to impact staff often elicits a very unequal and opposite reaction. As an example, when I quarantined in the special housing unit (SHU), we still participated in count. Similar to rill call in a prison, the officers walked through the unit and counted all of the inmates at specified times. In the SHU, unlike the regular units, we weren’t asked to stand for count based on the officers who did the counting. One day, a lieutenant participated in count. The regular officer asked me to stand for count, which hadn’t happened before. One of the inmates in another cell didn’t stand up in time. The lieutenant proceeded to instruct the officer to “write up” the inmate, which can impact certain privilege’s, and, worst case, time off their sentence for good behavior.

When interacting with other inmates, courage probably will also lead you down a rocky path, so we must, again, rely on our strength and wisdom. One situation which tempers the potential for negative experiences occurs when the other inmate approaches you for help. In this instance, courage becomes an asset and a necessity. Facing your own feelings about the inmate, a drug abuser, violent criminal, sex offender or child molester/pornographer, as examples, requires quite a bit of courage. True and open introspection demands courage to possibly change yourself and your tolerance. Without taking that first step, your effectiveness diminishes significantly, which may be a barrier for many to help others. It ain’t for everyone and that’s OK.

I for example approach problems analytically with solving the problem as my end point. Throughout that process, I have found that simply exposing eat person to information I have learned, a.k.a. educating them, has a tremendous impact. Going from the darkness of “I don’t know why” to even a dim light of “OK, I understand a little” empowers people. My courage stems from my innate and unending desire to help, in addition to my confidence in my ability to do so, utilizing data collection, analysis, application and communication.

My approach represents just one of a myriad of approaches. Some possess the innate ability to understand how people think and apply that to a methodology to help each individual. A talent I do not possess. Finally, many espouse their belief in God as their source of courage. The teachings of God illustrated through those storied in the Bible, provide examples and insights into courage. To bring it to this time, while many choose to highlight the horrific behavior of others, those who follow the teachings of God see the futility and “ungodliness” of that approach. Rather, they live with the courage to forgive and that forgiveness paves the way to help others. Just as education empowers, acceptance and forgiveness also empowers. They provide a basis to instill courage in the one seeking help to change themselves. Then, by my observations, the love of God gives them the courage to implement those changes.

Sexual offenders provide an excellent example. They cope with ostracization from society and, especially, the prison community. Despite their private thoughts and outward actions, they lack the ability to change their behavior and typically harbor deep feelings of guilt and helplessness. Treatment providers from the professional community may fail to connect due to a combination of preconceived ideas and, to some degree, algorithmic thinking. Someone willing to overlook their transgressions (acceptance) and bring positivity to their lives through a willingness to help (forgiveness) can break through the initial barrier to recovery. Also, on my end, educating them about the available science can reduce some of the helplessness they feel. Finally, unconditional love, espoused by those who follow God’s word, provides their courage to change.

A couple of people that I’ve met have taken on that task in very different ways, but both root themselves in their belief in God. One chose to guide someone through the difficulties of prison life. By helping with the details of day to day life, my friend created a connection which may otherwise have never occurred. The courage to interact in a caring and helpful manner, will, no doubt, be life changing for the young man he chose to help. As I have witnessed, in this situation, simple acts produce powerful results.

As with many individual shortcomings, personal change requires courage. That courage can sprout from many different sources. Our charge, if we so choose, involves finding our courage in an effort to help others find theirs.