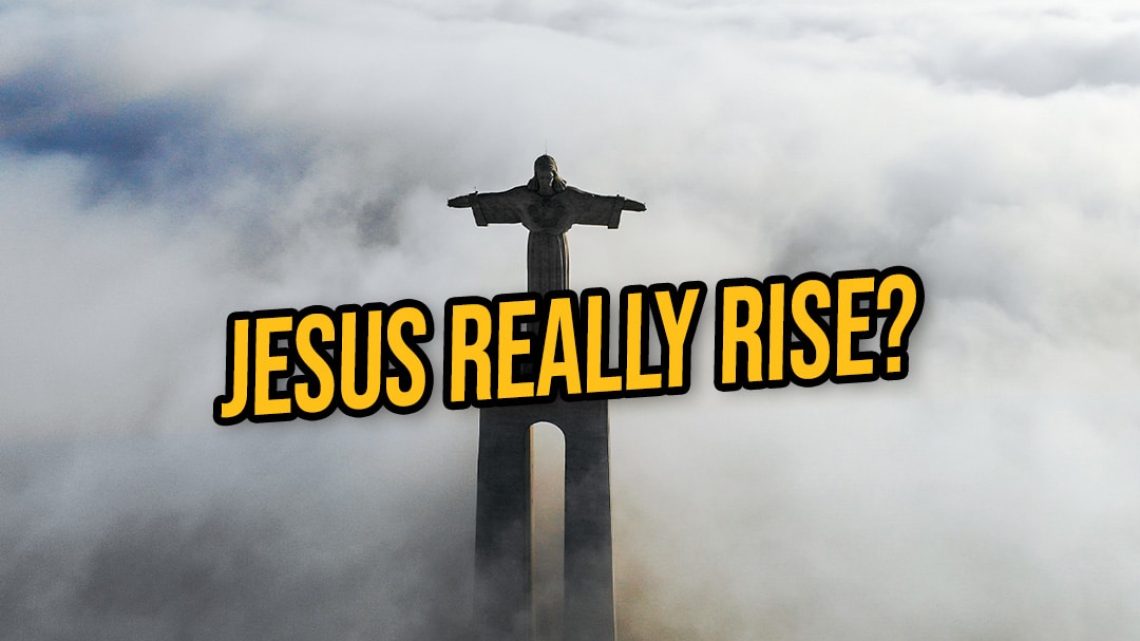 Did Jesus Really Rise from the Dead? part 1.

There are few inmates here that have questioned me about how we can know for sure Jesus of Nazareth truly resurrected.  With this in mind, I actually wrote out a 28 page report. I figured I would share with you a few tidbits from it.  I will be posting the whole thing as a PDF once I am home.  Hopefully you enjoy the perspective I take. Below is part 1 of this series.  I will post another part of it later on this week.

Since I am considered a convicted criminal, I figured a good way to go about answering concerns about the Gospels is by seeing it through the eyes of a cold case detective.  Therefore, I will attempt to show that the Gospels are in fact reliable beyond any reasonable doubt.  In doing so, it will show that the resurrection of Jesus Christ is true beyond any reasonable doubt.

The first thing that cold case detectives must NOT do is enter into any investigation with a philosophy that dictates the outcome.  Objectivity is paramount.  It sounds simple, but presuppositions are sometimes hidden in a way that makes them hard to uncover and recognize.  Majority of people that question Christianity have a presupposition belief that nothing exists beyond the natural realm.  We must try to the best of our ability to resist the temptation to allow our biases to eliminate certain forms of evidence before we even begin this investigation.

Just about anything is possible, but it is important to return eventually to what is reasonable, especially when the truth is at stake.  That is why judges instruct juries to refrain from what is known as speculation when considering the explanations for what has occurred in a case.  In the end, criminal courts place a high standard on reasonableness.  Therefore, I will try to utilize what detectives call abductive reasoning which is basically deduction of fact that may logically and reasonably be drawn from another fact or group of facts found or otherwise established.

So lets start off discussing what happened to Jesus of Nazareth.  How can we explain the empty tomb?  Did Jesus’ disciples steal his body?  Was he only injured on the cross and later recovered?  Did he actually die and resurrect from the dead?  Below are 4 minimal facts to be the most substantiated by both friends and foes of Christianity:

1.  Jesus died on the cross and was buried.

2.  Jesus’ tomb was empty and no one ever produced his body.

3.  Jesus’ disciples believed that they saw Jesus resurrected from the dead.

You will notice that NONE of these 4 necessitates that Jesus truly rose from the dead.

We next must assemble the possible explanations that have been historically offered to account for them which uses abductive reasoning.

A.  The disciples were wrong about Jesus’ death.

Skeptics of Jesus have offered this possibility by proposing that Jesus survived the beating and crucifixion and simply appeared to the disciples after he recovered.

While this proposal seeks to explain the empty tomb, the resurrection observations, and the transformation that occurred in the lives of the apostles, it fails to satisfactorily explain what the disciples observed and experienced when they pulled Jesus from the cross.  As most homicide detectives will attest, when witnesses first come upon a dead body of one they care about, they will check for the most obvious signs of life.  Is the person who is injured still breathing?  I remember when my infant son had a medical emergency, Georgia and I kept checking to see if he was still breathing.  The test is simple and effective and is reasonable to assume that an adult is capable of performing this check and even those who know nothing about human biology instinctively resort to it.

It is also widely know that 3 conditions become apparent in the bodies of dead people: temperature loss, rigidity, and lucidity.  The bodies become cold to the touch, they undergo rigor mortis, and when the heart stops beating, blood begins to pool in the body, responding to the force of gravity.

Is it reasonable to believe that those who removed Jesus from the cross, took possession of his body, carried him to the grave, and spent time treating and wrapping his body for burial would not have noticed any of these conditions common to dead bodies?  In addition, the Gospel of John records that the guard stabbed Jesus and observed blood and water poured from his body.  When people are injured to the point of death, they often enter into some form of circulatory shock prior to dying because their organs have not received enough blood flow.  This is important because John was NOT a medical doctor or coroner.  When Jesus was pinned to the cross in an upright position following the terrible flogging he received, it is reasonable to expect “pleural effusion” or “pericardial effusion” which are increased fluid in the tissues surrounding the lungs of heart respectively.  Hence when Jesus was pierced, a medical doctor or coroner would expect to see blood and water whereas John would only expect to see blood.  Therefore, seeing blood and water is somewhat surprising.  This certainly is consistent with Jesus actually dying.

Other problems with this proposal that Jesus survived crucifixion are:

1.  Many first century and early second century non-Christian Roman sources such as Thallus, Tacitus, Mara Bar-Serapion, Phlegon, Josephus, and the Babylonian Talmud affirmed and acknowledged that Jesus was crucified and died.

2.  The Roman guards faced death if they allowed a prisoner to survive crucifixion.

3.  Jesus would have to control his blood loss from the beatings, crucifixion, and stabbing in order to survive, yet he was pinned to the cross and unable to do anything that might achieve this.

4.  Jesus disappeared from the historical record following his reported resurrection and ascension and was never cited again as one might expect if he recovered from his wounds and lived much beyond the young age of 30’s.

Hopefully you have enjoyed this small part of the paper.  I will write another post soon to discuss other explanations of what happened to Jesus of Nazareth.