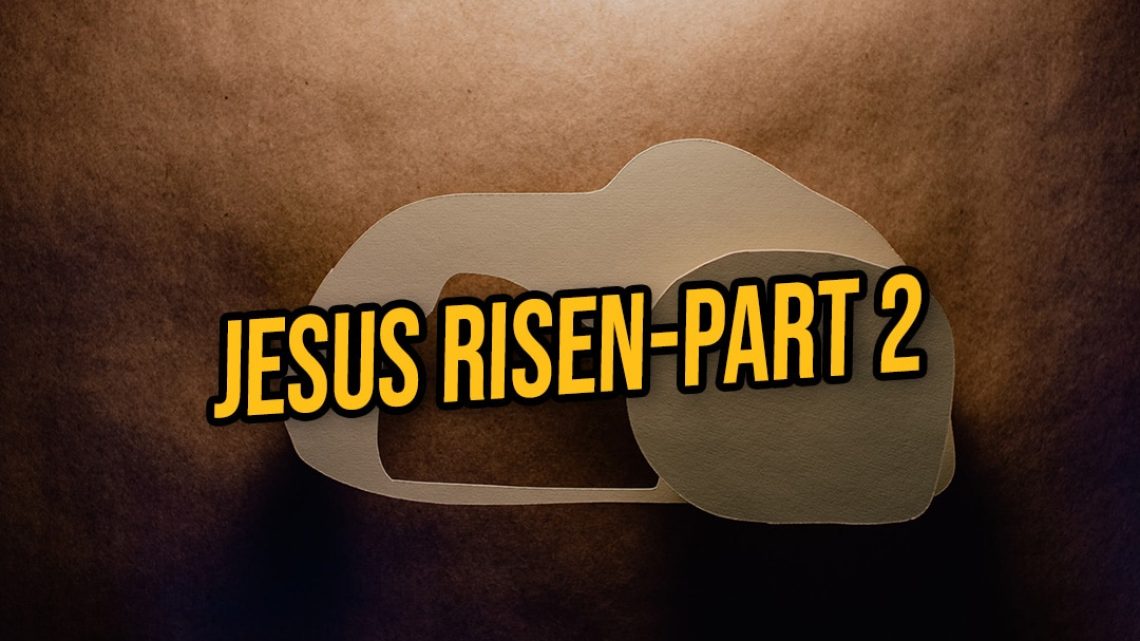 Below is part 2 of explanations of what happened to Yeshua (Jesus) of Nazareth.  Hopefully you enjoy reading it.

B.  The disciples lied about the resurrection

While this explanation accounts for the empty tomb and the resurrection observations, it fails to account for the transformed lives of the apostles.  This would require a conspiracy effort of a large number of people, over a significant period of time, when there was personally little or nothing to gain by their effort.  This theory requires us to believe that apostles were transformed not by the miraculous appearance of the resurrected Yeshua (Jesus), but by the elaborate lies created without any benefit to those who were perpetuating the hoax.

1.  The Jewish authorities took many precautions to make sure the tomb was guarded and sealed, knowing that the removal of the body would allow the disciples to claim that Yeshua had risen.  (Matt 27:62-66)

2.  The people local to the event would have known it was a lie.  Paul told the Corinthians in 1 Corinthians 15:3-8 that there were still 500 people who could testify to having seen Yeshua alive after his resurrection.

3.  The disciples lacked any motive since the 3 main motives detectives see are financial, sexual or relational desire, and pursuit of power.

4.  The disciples transformation following the alleged resurrection is inconsistent with the claim that the appearances were only a lie.  How could their own lies transform them into courageous evangelists?

C.  The Disciples were Delusional

Some skeptics (even a few inmates here) believe that the disciples, as a result of their intense grief and sorrow, only imagined seeing Yeshua alive after his death on the cross.  These skeptics claim that the appearances were simply hallucinations.

This proposal fails to explain the empty tomb and only accounts for the resurrection experiences at first glance.  Detectives that encounter witnesses who are related in some way to the victim are often profoundly impacted by their grief following the murder.  As a result, some allow their sorrow to impact what they remember about the victim.  They may, for example, suppress all the negative characteristics of the victim’s personality and amplify all the victim’s virtues.

However, it is not reasonable to encounter loved ones who have collectively imagined an identical set of fictional events involving the victim.  It is one thing to remember someone with fondness, another thing to imagine an elaborate and detailed history that didn’t even occur.

1.  While individuals have hallucinations, there are no examples of large groups of people having the SAME EXACT hallucination.

2.  While a short, momentary group hallucination may seem reasonable; a long, sustained, and detailed hallucinations are unsupported historically and intuitively.

3.  The risen Yeshua was reportedly seen on more than one occasion and by a number of different groups (and subsets of groups).  All of these diverse sightings would have to be additional group hallucinations of one nature or another.

4.  Not all the disciples were inclined favorably toward such a hallucination.  The disciples included people like Thomas, who was skeptical and did NOT expect Yeshua to come back to life.

5.  If the resurrection was simply a hallucination, what became of Yeshua’s corpse?  The absence of the body is unexplainable under this scenario.  (When I mentioned this particular concern to an inmate here, he had no response other than sticking to his explanation that it was still a delusion.  I am still praying for this inmate daily)

Hopefully you enjoyed part 2 of this series.  In a few days, I will write another part detailing other explanations.