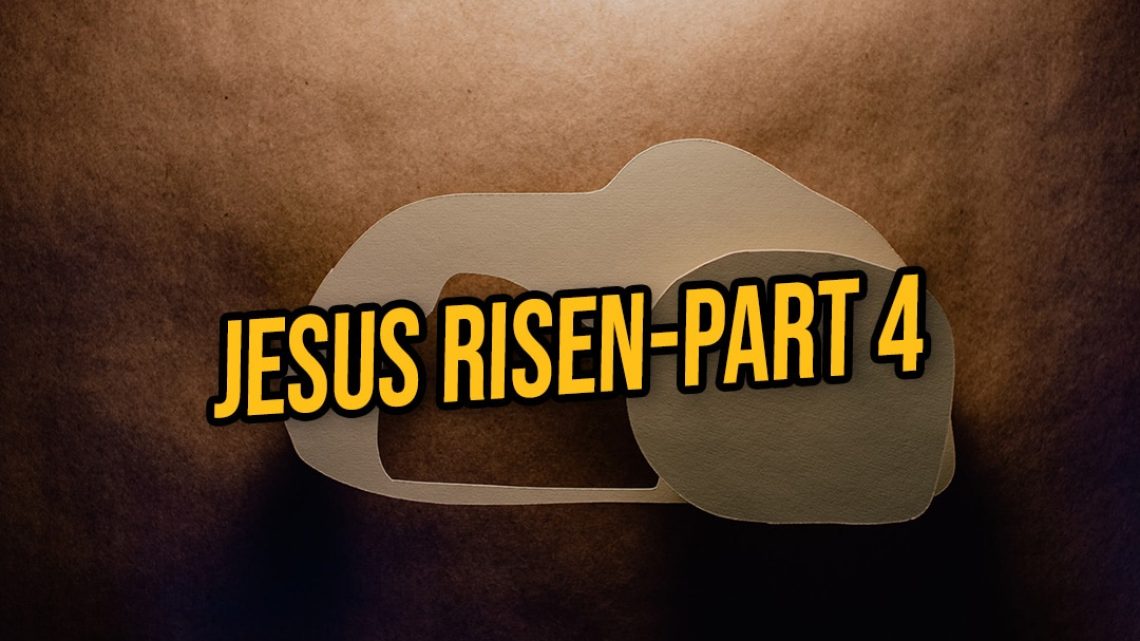 Today is the final part of this series where I will share the final 2 explanations for if Yeshua really did rise.  As stated before, once I am home late next week I will put my entire 28 page document on the site as a PDF.  Hopefully you enjoy the final part here.

Some unbelievers claim the original observations of the disciples were amplified and distorted as the legend of Jesus grew over time.  The skeptics believe that Jesus may have been a wise teacher, but argue that the resurrection is a legendary and historically late exaggeration.

This explanation may account for the empty tomb if we assume the body was removed, but it fails to explain the early claims of the apostles related to the resurrection.  Cold case detectives typically deal with the issue of legend more than other types of detectives.  So much time has passed from the point of the original crime that it seems possible that witnesses may now amplify their original observations in one way or another.  Usually the first recollections of the eyewitnesses are more detailed and reliable than what they might offer 30 years later.  The reliability of the eyewitness accounts related to the resurrection, like the reliability of cold case witnesses must be confirmed by the early documentation of the first time investigators.  For this reason, the claim that the original story of Jesus was a late exaggeration is undermined by a few concerns:

1.  In the earliest accounts of the disciples’ activity after the crucifixion, they are seen citing the resurrection of Jesus as their primary piece of evidence.  From the earliest days of the Christian movement, eyewitnesses were making this claim.

3.  This explanation also fails to account for the fact that the tomb and body of Jesus have not been exposed to demonstrate that this late legend was false.

G.  The Disciples Were Accurately Reporting The Resurrection of Jesus

Christians, of course, claim that Jesus truly rose from the dead and that the Gospels are accurate eyewitness accounts of this event.

This explanation accounts for the empty tomb, the resurrection observations, and the transformation of the apostles.  It would be naive, however, to accept this explanation WITHOUT recognizing the fact that it also has a liability that has been examined and voiced by skeptics and nonbelievers.  The claim that Jesus truly rose from the dead presents the following concern and objection: This explanation requires a belief in the supernatural, a belief that Jesus had the supernatural power to rise from the dead in the first place.

Adductive Reasoning And The Resurrection

We limited the evidence to 4 modest claims and kept the explanation options open to all the possibilities (both natural and supernatural).  The last explanation, though it is a supernatural explanation, suffers from the least number of liabilities and deficiencies.  Therefore, if we approach the issue of the resurrection in an unbiased manner, the conclusion that Jesus was resurrected can be sensibly inferred from the available evidence.  The resurrection is reasonable.

Hopefully you enjoyed the 4 part series.  Several inmates who are skeptics to say the least also read my paper.  Hopefully they can see the logic used and begin to live their lives for Yeshua.