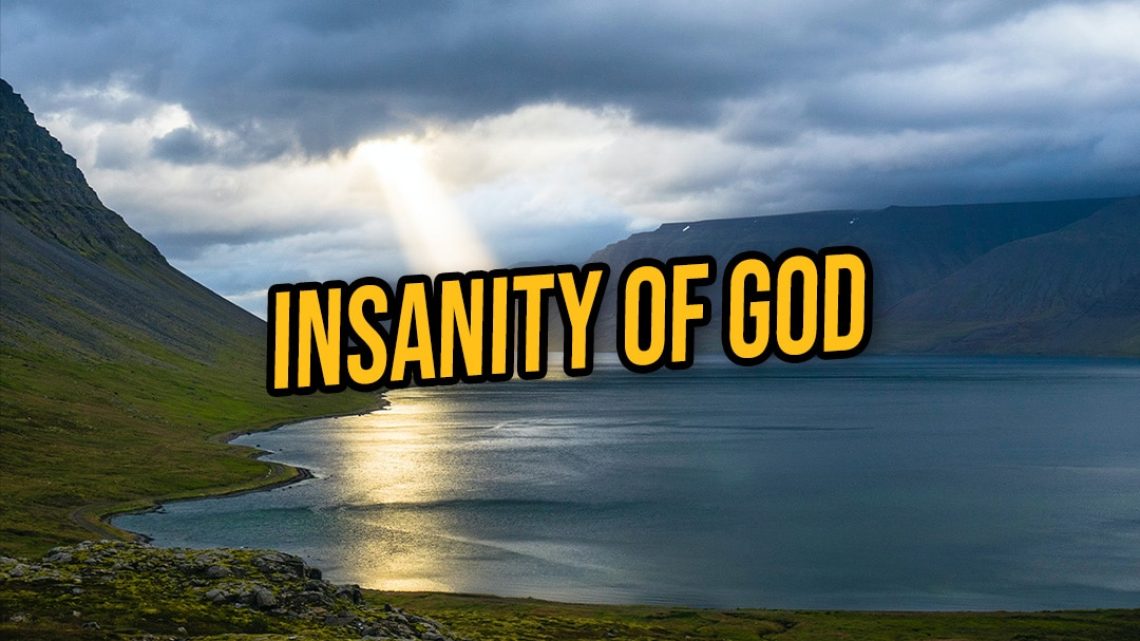 The Insanity of God: a True Story of Faith

I recently finished reading an amazing book called “The Insanity of God: a True Story of Faith Resurrected” by Nik Ripken.  This book report will be rather unique compared to others I have written because I am going to give you insight into somethings I have done in my life which apparently caused me to be imprisoned.

The book is a true story about a pastor and his wife who moved with their 3 boys to Nairobi in Africa to help serve war-torn Somalia.  Then when faced with suffering in his own family the loss of one of their sons to sickness, the realities of war around him which basically destroyed the work he felt called to do in Somalia caused him to question if God really cared about the people in Somalia when life was so dark.  These awful experiences he endured in Somalia caused him to move back to America.  In the midst of these dark times he and his wife felt led to travel around the world to listen to the stories of more than 600 Christians in over countries.  These believers had learned to be tough enough and prepared enough to walk with Jesus through environments of persecution.  These believers shout along with the testimony of those in the Bible that Jesus is worth it.

The book starts off telling about Nik growing up no even traveling out of his state of Kentucky and basically working hard in school to be veterinarian only to be at a summer job working the midnight shift a month before going to college hearing the Holy Spirit say in an audible voice, “Nik, are you tired of running?”  After hearing this audible voice he told his parents God is telling him to give up his scholarship to the University of Kentucky being a vet and go serve HIM!!!  So he enrolled in a small Christian college an hour from his home.

At college he met his future wife, Ruth.  They eventually got married and both had the desire to serve God in Africa.  So in 1992, they visited Mogadishu, Somalia.  They witnessed that all people were in need of food and medical care.  Literally they saw emaciated mothers scratching at the dirt just so they could dig a hole deep enough to bury their children.  Many villages that received food and such only received 20% of the actual shipment since the 80% was usually stolen.  The things they saw made them ask, “God, Where are You?”

They eventually had to leave Somalia because the persecution of Christians was so overwhelming.  Nik had 4 local Somalian’s that converted to Christianity who were his friends, but they were all assassinated the same day.  This made Nik extremely angry and frustrated at God because it seemed like God was not helping and the Muslims who killed Christians did not even deserve the opportunity for salvation.  Then the Spirit of God spoke to him saying Nik did not even deserve salvation either, but by HIS grace he got the opportunity to hear, understand, and believe.  These Somalian’s have not had the opportunity.

Once Nike and Ruth returned home, they had time to reflect on the experiences, issues, and challenges they wrestled with in Somalia.  They realized how unprepared they were for living in a setting of persecution, being a witness to people who knew nothing of Jesus and were hostile to the information, and teaching new believers how to survive in a hostile culture.  This led them to go out to other places in the world to visit believers who have lived in persecution, sit at their feet, and learn from them.

The first place they would visit is Russia and some of its neighbors.  They first set up formal interviews of people to discover if and how faith was affected by persecution.  However, because some of the new government officials had also been part of the old communist system who persecuted the church, the formal interviews changed to informal interviews in secret since apparently it was not safe to talk openly about faith and religious persecution.  The issue became more about money and finances because the church leaders were pressing for financial restitution and did not want to ruin their bargaining power.

A Russian person they interviewed in secret was Dmitri.  He was accused of starting a illegal church despite him not being trained as a pastor.  He simply read and discussed the Bible in his home.  As time went on and more neighbors came to listen to him reading and discussing the Bible, he was eventually fired from his job, his wife lost her job as a teacher, and his 2 sons were expelled from school.  Then Dmitri was moved over 1000 kilometers away from home to prison.  There he developed 2 habits.  For 17 YEARS, every morning he would sing a Heartsong to Jesus.  The second habit was whenever he fund a scrap of paper, he would write all the Bible verses and songs he could remember.  He would put that paper fragment in the wall as a praise offering to God.  He would be beaten and punished each time a guard found these writings, but he would still continue these 2 habits.  Then one day, he was dragged from his cell to what appeared to be a place of execution, 1500 other inmates that heard him each morning singing started singing those songs.  Dmitri’s jailers released him in terror due to the power of God.

Nik interviewed many other Russians and time again he heard the main reason believers remained strong in their faith and be willing to live and die like they did was because of their parents, grand parents, and great grand parents.  Family was the believer’s greatest reservoir of faith and resistance in the face of persecution.  This family bond allowed these believers to suffer in their county so that people in free countries could be free to witness in their country.

The next country they visited was China.  What was shocking to me as well as the author was the church leaders there would get arrested and sentenced to AT LEAST 3 YEARS in prison.  It was never a matter of IF, but WHEN they get sent to prison.  The people they interviewed would say this in a very casual way like 3 years is nothing compared to eternity with Christ.  Virtually every believer they met in China had been put in prison.  They would say prison is how they got their theological education.

Being in prison myself for even 7 months so far sucks so much that I cannot even imagine 3 years.  It made me feel very unworthy and quite frankly selfish because I so badly want to be home with my family even though the actions that caused me to be in prison allowed me to witness to people that were about die.  For example, I had the opportunity to witness to a person who had stage 4 cancer and given a short time to live.  Another person I witnessed to was the wife who was to lose her husband in short order due to brain cancer and I was able to alleviate the financial burden she would be faced with once her husband passed.  There were many other families I was able to witness to and help. The Almighty used me a vessel!!!  Reading this part of the book made me ask myself would I have still tried to help people avoid foreclosure so I could witness to these people and my answer was a resounding YES!!!!

The stories Nik and Ruth were hearing saved their lives and answered their question if God was truly present in Somalia.  God is doing what HE has always done.  This made the author recall the New Testament stories of the disciples how they transitioned from being scared and ready to hide to being filled with courage once they saw the resurrected Jesus.  The persecuted in Russia and China was very similar to the first century believers.  They experienced and endured persecution which strengthened, deepened, and matured their faith.  They were being changed.  I can honestly say after spending just 7 months in prison that I have changed to where I can empathize with many more people now.  Hopefully this experience will be used to glorify HIS kingdom once I am out.

The next area of the world Nik and Ruth went to was Southeast Asia.  Here many Muslims reside.  The stories were very similar to what they found in Russia and China.  They kept hearing the same request for prayer which was wanting strength to be faithful and obedient THROUGH their persecution and suffering, NOT to have the persecution to stop.  I can honestly say this is a similar prayer of mine which is to maintain my initial goal of living for Jesus and sharing my wisdom with others.  This means that for most believers, persecution can be avoided IF they leave Jesus alone and keep Him private and personal.  True to scripture, believers that were persecuted remind us that we are all equally free and equally responsible to share Jesus in every part of our lives.  The question is never, “Am I free to do that?”  Rather, the question is, “Will I be obedient?”

At the end of the book, the author points out that Satan’s greatest desire is for the people of this planet to leave Jesus along and not allow us to bring others to Christ.  Once we see this, we also see the importance of our choices regarding witness, faithfulness, and obedience.  This allowed them to not only have a greater understanding of what they were called to do, but also taught WHO they are called to be.

As you can see, I really enjoyed reading this book and it cemented my faith even more.