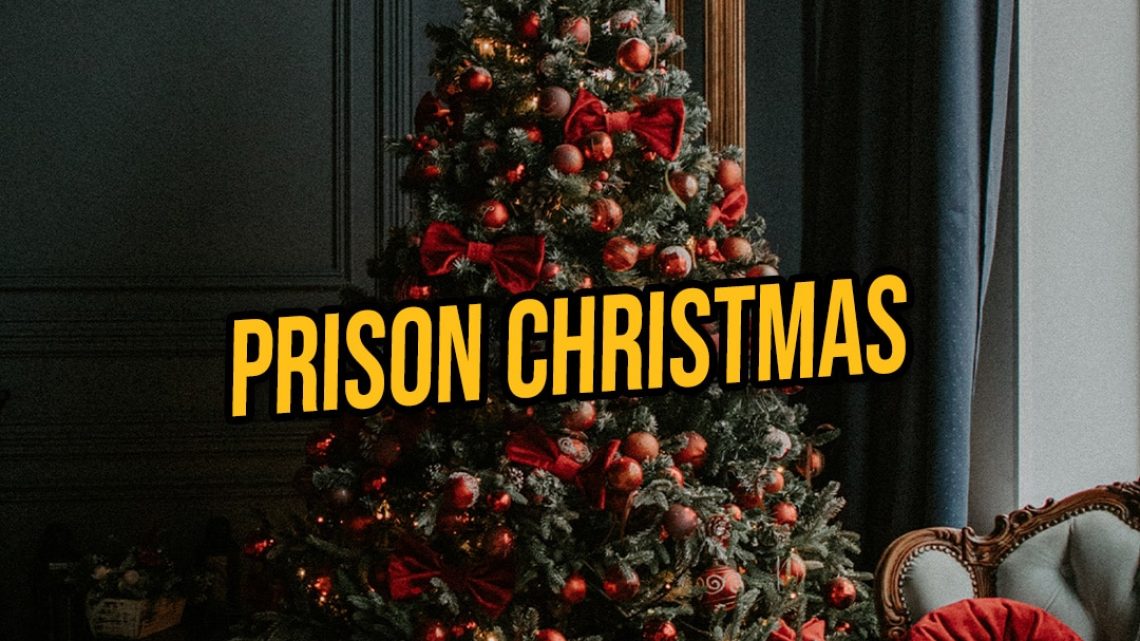 What the Prison Does For Us on for Christmas

First, in the commissary, they got in special items the inmates can buy like: chocolate covered pretzels, white fudge pretzels (these sold out very fast), strawberry cheesecake wafers (these smelled better than they tasted), plain bagel, cinnamon raisin bagel, cinnamon toast crunch, and cranberry 7-UP

Another thing the prison did for us inmates is on the Tuesday before Christmas, they handed out a big bag to each inmate filled with tons of junk food along with a quart of Prairie Farms egg nog.  As most of you know, I cannot drink milk due to my colon issues so I just gave mine to Derek.  The junk food they gave us was: a big package of vanilla cream filled cookies, a pack of Grandma peanut butter cookies, small bag of pretzels, 3 bags of various types of chips, bag of peanuts, sugar free juice packets, a few coffee packets you mix with water, a pack of sugar free cappuccino mix, several packs of pop tarts, 1 Reese’s peanut butter cup, 1 bag of white cheddar cheeseits, and a big of chocolate chip cookies.

On Christmas Day for our lunch, the prison served us a special meal consisting of: Cornish hen, green beans, mashed potatoes with gravy, and 2 individual pecan pies.

For dinner, they did nothing special and just gave us peanut butter and jelly in a bag.  This allows some of the guards to go home sooner.

After our Bible study I help facilitate, a couple of us ate some cinnamon rolls purchased from the commissary.  A guy in our group heats them up a bit by using the steam from the hot water here.  It makes them taste much better than just pulling them out of the wrapper.

While it does suck being in prison, they at least try to give us inmates some special things for Christmas since we are away from our families.